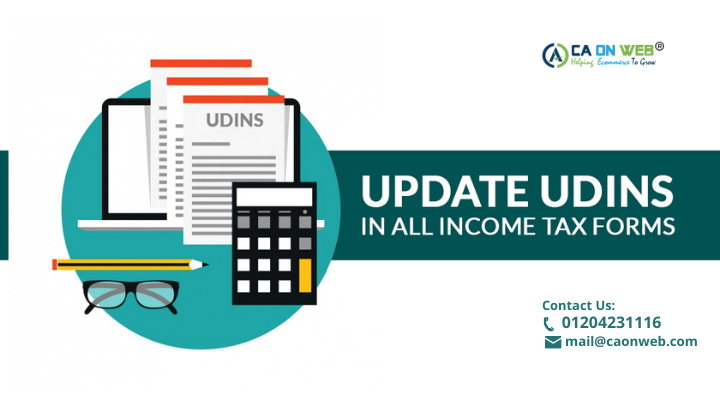 All the Donations which are eligible for exemption u/s 80G received by the Trusts for the Financial Year 2021-22 required to be filled in Form No. 10BD and should be electronically uploaded accompanied with signed by the Managing Trustee/Office Bearer before 31st May 2022.

📢 Updation of UDINs at e-filing Portal

After receiving various complaints by the members for Invalidation of the UDINs at the e-filing portal of Income Tax Department, certain technological changes have been made in the site. So, now the Members are advised to again try updating those UDINs which have been invalidated earlier at the e-filing Portal.

Further, while generating the UDIN all the members are advised to be careful in selecting the Correct fields.

For any clarification, please get more information to Click Here: CAONWEB 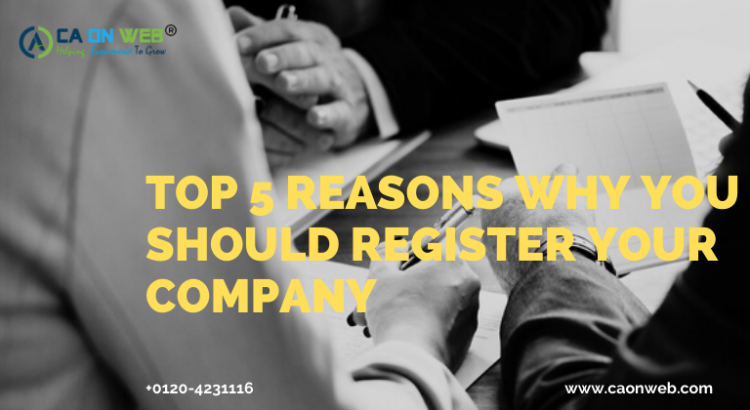 How can one own a business which does not legally exist, that’s where this article will help you as it answers the most vital question: Why you should register your Company. In the initial stage entrepreneurs focus on the development of their unique product/ service that they intend to offer, but market research has proven that registering the Company is a necessity and not an option as it is the determining factor in the success of any business. It is advisable to register your Company keeping in mind the following factors:

To operate any business irrespective of its scale of operations one requires a current account to separate personal and business finances. To open the bank account registration documents, certificates, etc. need to be attached with the application which are further cross verified by the bank. Similarly for getting loans the banks have a lengthy documentation procedure which can only be fulfilled if the company is registered and compliant. For a registered Company there is an increased access to funding sources as it is highly preferred by investors.

Also Read this blog: What is a Sec 8 company under Companies Act, 2013 with basic key points

Now Register Your Company In Dubai

Once you enter the market with a registered business it adds to the brand building of the new company registration. It also increases the chances of getting contract as the documentation and registration is complete, and enables discounts in case of suppliers, as everyone prefers to do business with a registered Company. Even for applying for tenders one needs to have a registered entity whether its government tenders or commercial tenders.

Read Other blogs: REGISTRATION REQUIREMENTS OF OPENING A BRANCH OFFICE IN INDIA

Company registration is a big step and brings with it a lot of compliances, and filing obligations but at the same time it offers huge benefits which are incomparable. 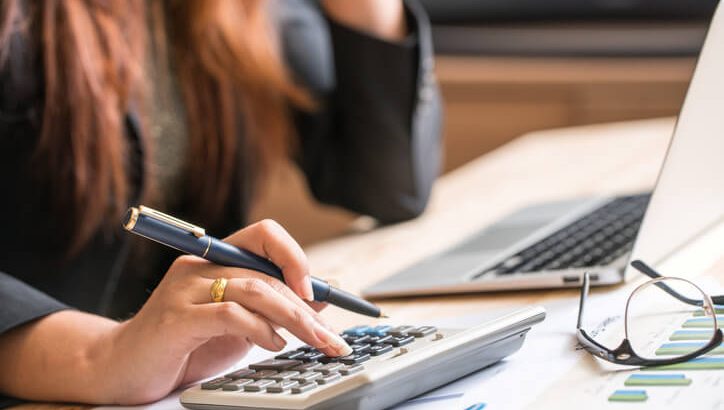 Institute of chartered accountants of India (ICAI) is authorized to certify the professional chartered accountants (CA) having requisite knowledge about all the aspects of finance, accounting and IT. Whereas Institute of company secretary (ICSI) is authorized to certify company secretary in India having appropriate knowledge of business/corporate law etc. which will help in smooth functioning of the business.  Both these professional qualifications have a different genre of specialization which cannot be supplemented by the other.

Being a Chartered Accountant (CA) is nothing less than a doctor. Like doctor is the specialist of a living being in the same way a Chartered Accountant (CA) is a financial specialist. Like a sick person has to visit a doctor for check-up or advice, it is a financial one should visit if he is facing any issue in his business, need some advice regarding their investments, filing of ITR, GST etc.

Get a CA at affordable price

Since we all know that India is an emerging economy and we are aspiring to become $5 billion economy by 2024, giving a boost to “Make in India” all these dreams would be fulfilled only with the help of the Chartered accountant/company secretary. There are various services that a tax consultant (chartered accountant/company secretary) provides to their clients which helps them in managing their tax related issues.

A chartered accountant plays an important role in bringing sustainable growth in the organisation and most effective & efficient use of resource, with minimal waste and maximum productivity. We can say that CA/CS & business firms are like inseparable twins which cannot exist without each other. For example: A business firm cannot work efficiently without the consultation of CA/CS and vice-versa. 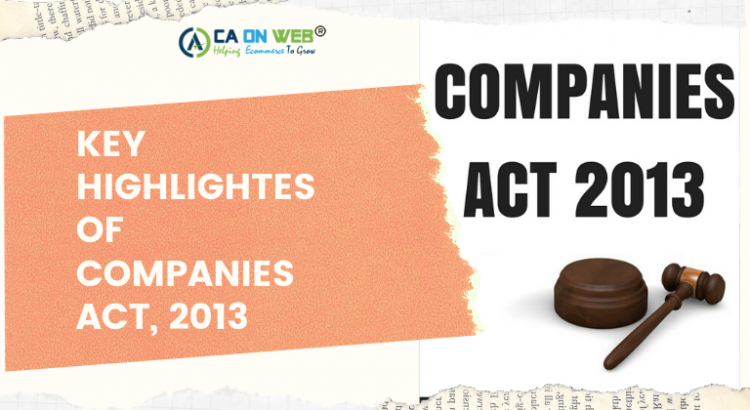 Sections (8) of companies act, 2013 deals with the formulation of companies with charitable objects such as promotion of art, science, commerce, sports, education, research, welfare, without adding the words “limited” or “private limited” to the name of the new company registered.

1. The satisfaction of central government is necessary, that a person proposed to be registered as limited liability Company (LLC) under this act.

2. Company incorporation shall enjoy the privileges and are subject to all the obligations of limited companies.

3. A firm can become a member of the new company registered.

(i) Once the new company registered under this act; are not liable to alter the memorandum or articles without prior permission of central government.

(ii) Conversion into some other form of company incorporation is only possible after complying with such conditions as prescribed from time to time.

4. Revocation of licence: Central government may revoke the licence if the company contradicts with any of the requirements mentioned under this section or in a manner violative of objectives of the company or prejudicial to the public interest, direct the new company registered to convert its status & change its name.

5. Subsequently, when the licence is revoked and the Central Government is satisfied that it is essential in the public interest that the new company registered should be amalgamated/wound up with another company incorporation under this, then the Central Government may provide for such amalgamation to form a single company with such features as prescribed by the government in the order.

{Note: Reasonable opportunity of being heard must be given}

7. Amalgamation between companies could be done only if both are registered under the same section of the act, having similar objects.

8. Any default in complying with the requirements specified under this section, be punishable with a fine which shall not be less than 10 lakh rupees extending up to 1 crore rupees and the directors/officers of the company who found guilty shall be punishable with imprisonment for a term which may extend to 3 years or fine not be less than INR 25,000 extending to INR 25 lakh or both.

Read Other blogs: REGISTRATION REQUIREMENTS OF OPENING A BRANCH OFFICE IN INDIA

Several new features were introduced in the Companies act, 2013 which makes it unique from the companies act, 1956. Some features are discussed below:

(i) One Person Company incorporation: Companies act, 2013 brings relief for the new generation entrepreneurs who are not willing to share the stake in their company with anyone. Now an individual can form a single person company which was not possible earlier. Now the foreign investor can also set up wholly-owned private subsidiary in India. Hence it will promote foreign investment in India.

(ii) Small Company incorporation: Companies other than the public company having a paid-up share capital of not more than 50 lakh & turnover does not exceed 2 crores.

{Note: This will not apply to holding/subsidiary, companies registered under section (8) of companies act, 2013 or any company formed under special act}

(iii) Dormant Company incorporation: Earlier dormant company was tagged with a sign of caution, but this situation has done away with in company act, 2013. Now a dormant company can be formed for holding assets or intellectual property subject to the company not having any significant transactions.

(v) Private Company incorporation: Total number of shareholders in a private company has been increased from 50 to 200.

Previous companies act, 1956 requires the object clause to be classified into 3 categories viz. The main object, Ancillary object & other objects; reason for such condition was to restrict the company from commencing any other business. However, such a requirement has been done away with by coming of companies act, 2013.

“Promoter was nowhere mentioned in the previous companies act. However, it was extensively used under the Companies act, 2013. A promoter is a person who is named such under any annual return.

Under the new companies act, there is no buyback of securities within one year from date of closure of the previous buyback. This period is termed as “cooling off period”. Further, if a company is a defaulter (loan), then the company incorporation shall compulsorily have to wait for 3 years after repaying the entire outstanding amount. 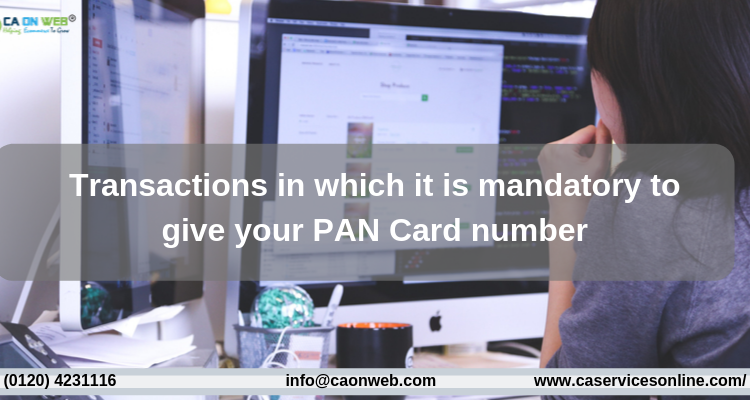 There are various financial transactions in which attaching your PAN card details is mandatory. These exceptions are specified under Rule 114B of the Income tax rules, 1

There is 18 transaction which requires your PAN Card details.

Related Blog – YOUR PAN CARD MIGHT BECOME INOPERATIVE FROM 01, JANUARY, 2020